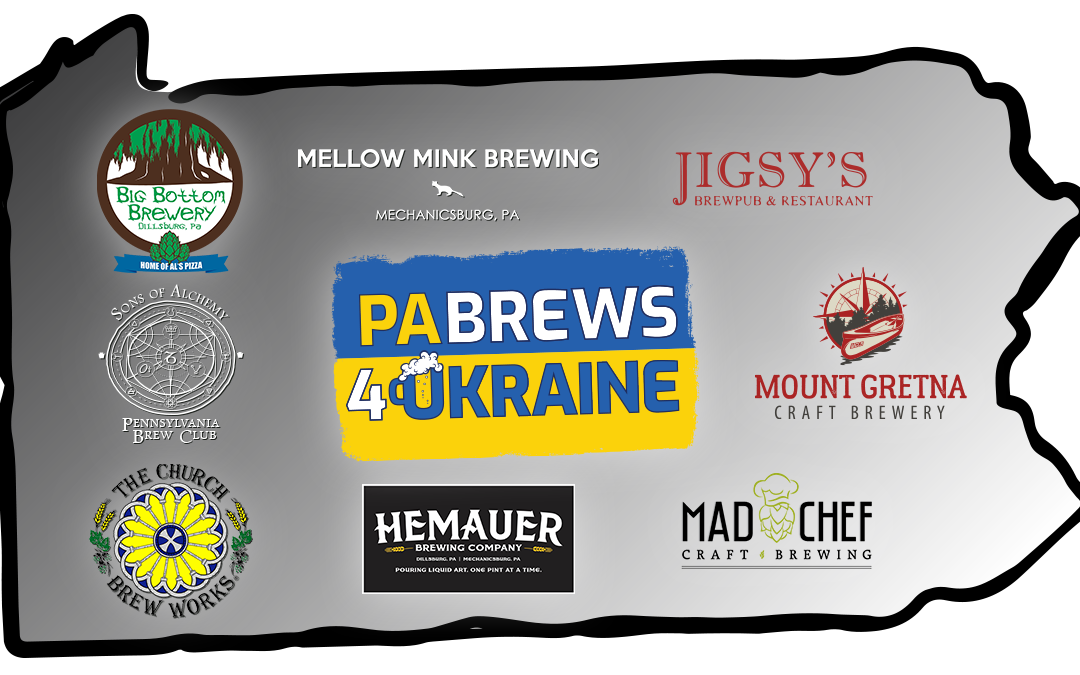 A statewide relief effort homebrewed by Sons of Alchemy for the benefit of Ukraine.

During the heat of the Russian invasion, Pravda Brewery in Lviv, Ukraine made a powerful statement with their social media post. They had halted their beer production to make Molotov Cocktails. This was immediately followed by their announcement of the Brew for Ukraine collaborative, which is where the Sons of Alchemy come in.

In this collab, Pravda Brewery has asked craft brewers from around the world to unite in a show of solidarity and brew Pravda’s original recipes and encourage donations from the sales of those brews.

This left out homebrewers, who also want to join in this cause but don’t know how to. While we can’t donate profits from sales, we can still make individual donations and help raise awareness, encouraging donations from friends and family by posting your photos to social media with the #PABrews4Ukraine hashtag and a link to the GoFundMe donation page. Many folks want to help, but don’t know how to.

Who benefits from this brew?

We are encouraging donations to the Brew For Ukraine GoFundMe account, which was organized by Cory McGuinness, Former Head Brewer at Pravda Beer Theatre, and ask that you use the #PABrews4Ukraine hashtag in your donation comments and social media posts. This relief money goes directly where it’s needed most, and more info about how it’s put to use is on the donation page,

If you are interested in doing a story or getting more information about the PA Brews for Ukraine initiative, please contact us.