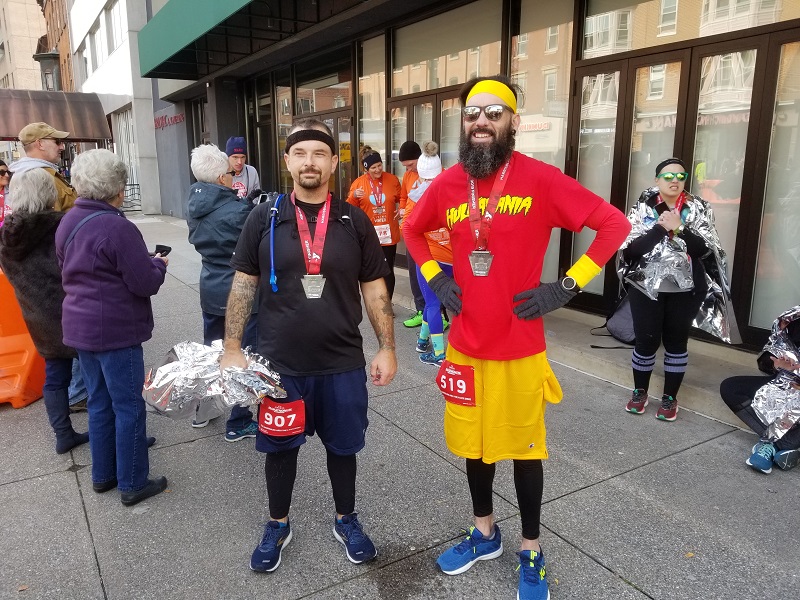 Above: Steve (left) and Brad (right) pose after running the Harrisburg Marathon

Congratulations to Sons of Alchemy members Steve Anderson and Brad Moyer for completing the Harrisburg Marathon on Sunday November 10th, 2019. Steve has completed this race several times. In Brad’s case, this was his first marathon, just one year after running his first 5K race. In the pictures below, the boys display their unique personalities as they come down the homestretch. After the event, homebrew was consumed to replenish electrolytes and proteins. Additional Sons members participated in the consumption, for solidarity.