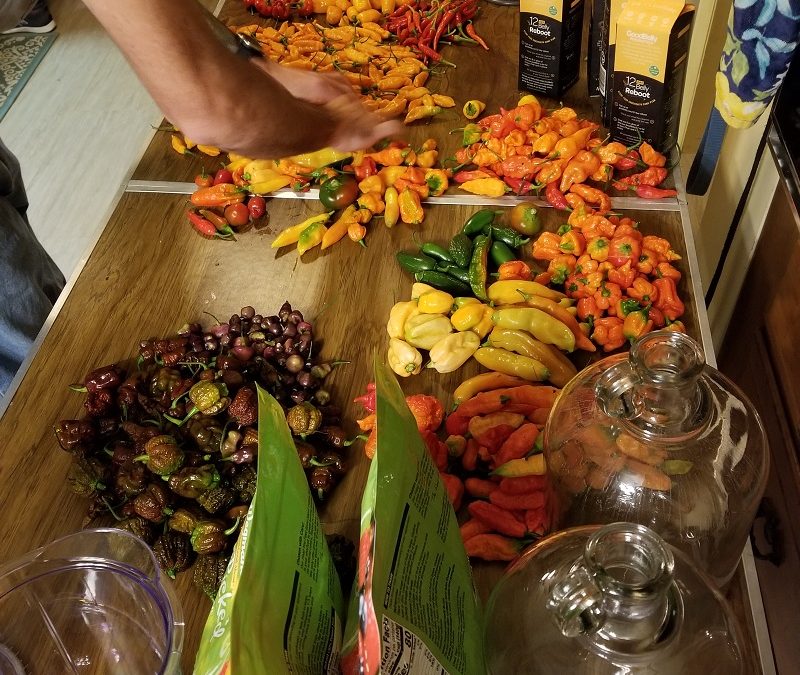 At the October 17th, 2019 club meeting , The Sons pooled large portions of our hot pepper harvests and began fermenting several gallons of Lactobacillus fermented hot sauces. Former (and founding) member Mike R. joined us and provided some very hot and rarely seen peppers. The pictures in the accompanying gallery just scratch the surface. Thanks to Mike and to all who provided peppers, fruit, other ingredients, and equipment. And special thanks to Steve A. for hosting the meeting. Also special thanks to Tres, who had provided many pepper plant seedlings to several members earlier this year.